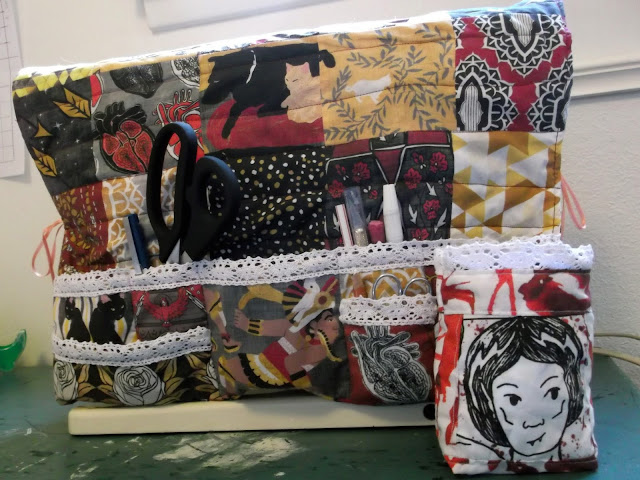 I originally found the pattern for the Undercover Maker Mat on Pinterest, and have finally managed to finish sewing my own! It comes from the blog lillyella by Nicole Young and you can see her post and get free pattern HERE. The mat doubles as both a sewing machine cover and a pocket filled organizer to keep all your notions et cetera at hand as you work. 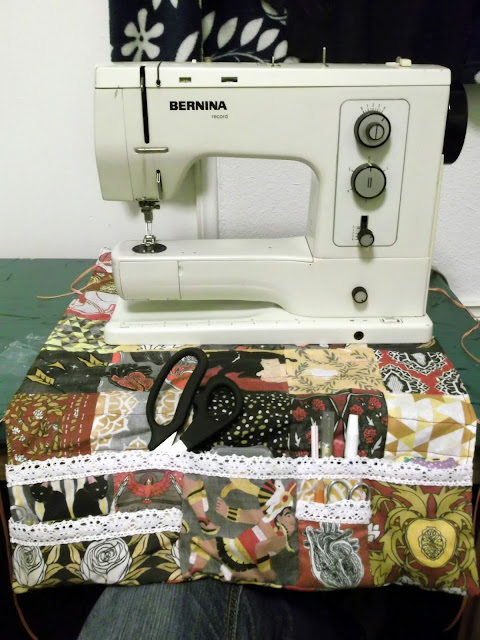 This was a bit of a stash busting project, which required a bit of editing from the pattern. This was almost entirely made up of test swatches which are approximately 8" x 8". The obvious thing  to do was try and break each swatch down into blocks of 4" x 4", but since they end up being slightly less than that, I decided to do a bit of fussy cutting to make 2 slightly larger blocks using the unprinted white space to remain attached in the seam allowance. 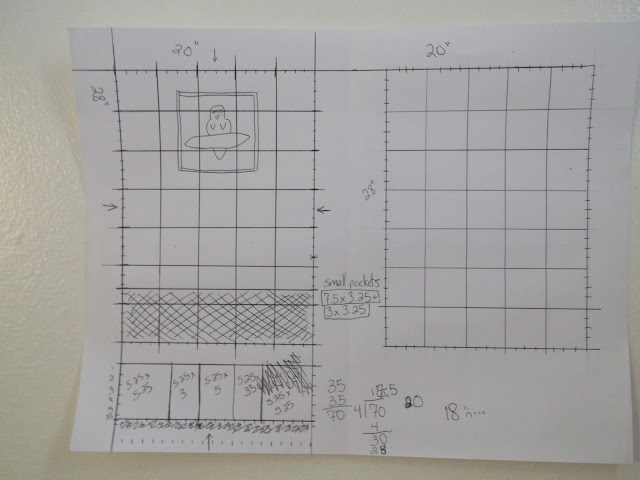 Here is my rough plan of how to assemble my new pattern. The dimensions changed to 20" x 28" for each side before sewing and seam allowances. It was only a basic guide to getting her pattern to be divisible by 4" and fitting more comfortably around my old Bernina. The pockets stayed the same, and I added an accent swatch onto the opposite end so both sides would look interesting when it was being used as a dust cover.

Another of the changes that I made was to remove the need for bias tape or bound edges, and replacing that with lace on the pockets.

The way this worked was by piecing together each side, top and bottom, and with right sides together, pockets and ties in place, sewing around the edges leaving a space for turning on one side. Emma made sure to lay on the completed blocks while I was trying to get this step done. 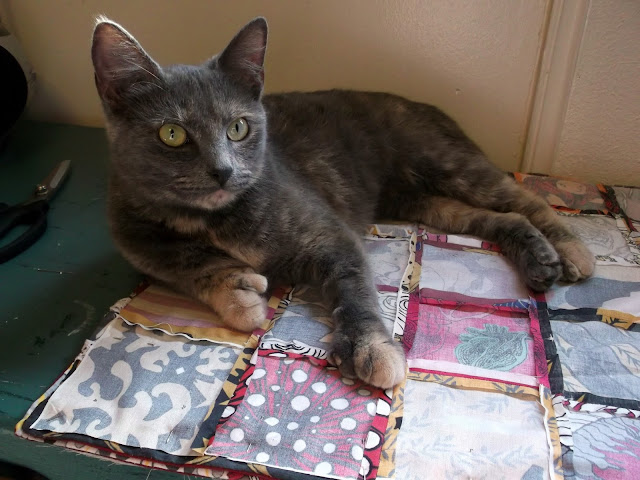 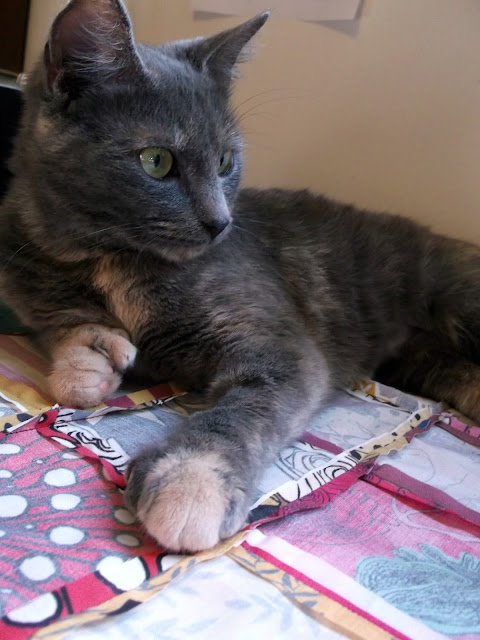 After sewing these together, I added a thick layer of padding made of fabric doubled over a few times and stitched around the edges. This padding layer is standing in for batting, and I left the pocket area open to cut down on the bulk. This was affixed with a zigzag stitch along the seam allowance of the main body of the mat, and everything got turned the right way out before quilting.


The thread catcher is a great feature to the design. The way I did mine was to piece together several swatches before cutting out the specified shapes. The lining is the only place in the ensemble that I used satin swatches. It's easier to empty the threads and fabric bits that will accumulate from a slippery satin rather than a courser cotton. So instead of mixing red and gold designs like on the mat itself, this ended up with the red on the exterior and gold on the inside.

Popular posts from this blog 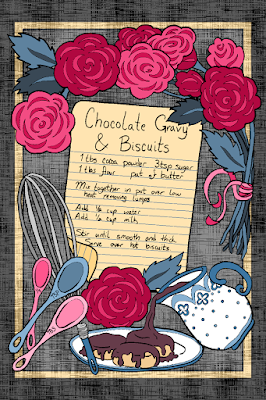 Chocolate Gravy & Biscuits Tea Towel Family Recipes | Results Announced October 12 Family traditions are especially present during the holidays as everyone gathers in merriment and celebration around the dinner table. For this week’s challenge, share a family recipe that is a yearly staple. Whether it’s Grandma’s famous casserole or the wiggly fruit jelly salad that mysteriously makes an appearance, we want to see what recipe completes your holiday traditions! Entries will be submitted at the Linen Cotton Canvas fat quarter size (27″ x 18”) but previewed during voting as a Spoonflower Special Edition Tea Towel (16″ x 24″). Submissions close October 3, 2017 at 3 p.m. eastern daylight time. Voting begins October 5, 2017. The first thing that came to mind when I heard this week's theme was my family's chocolate gravy and biscuits. We don't actually have the recipe written down anywhere, so I had to ask my mom to write it down for me! We usually just use t
Read more 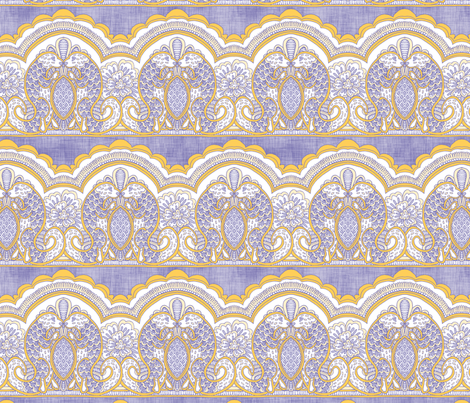 Significant Otters Design Challenge If you’ve ever watched two otters holding hands (oh yes, it exists!) it’s safe to say this mammal has won the hearts of viewers with their otterly adorable appearance. This week we challenge you to win the hearts of the community with an otter-inspired design. There wasn't much direction on this contest. So I went in my own direction and finally ended up with Otter Lace .  The lace was a fairly simple thing to create. The design is mirrored, which means I only had to draw the one half before the computer did the other side. The plan for the scalloped edge was to have it much wider in the middle section, but I decided the single flower between the otter couples looked better in the main motif. The fancy edge was digitally trimmed to match, and the rest of the computer work was spent on the colors. I also played around with a soft teal color with warm gray for a second version of the lace.
Read more